"Everything has beauty, but not everyone sees it." – Confucius

I’ve been meaning to explore the food scene in London more and Trullo has been on my list for a while.  Given how close I live to the restaurant, it’s a wonder I haven’t been sooner.  Last night I finally had the opportunity to try it out while catching up with some of my good friends!

Trullo was pretty quiet when we first arrived at 7pm ish, but it quickly filled up with people who had made bookings.  So I definitely suggest calling them up in advanced. 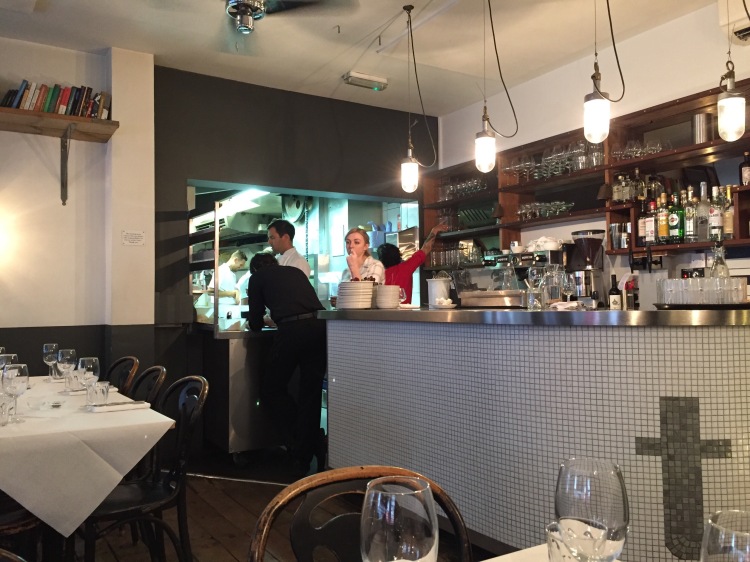 The wait staff kindly took all our coats and bags to be hung in a coat room and promptly brought us some bread, olive oil, salt and pepper of which I ate one too many probably. (Never put bread in front of me, I always will eat it all…)

We decided to order the Sea trout carpaccio with sea purslane and Pappardelle with beef shin ragu as starters for the table and then we each ordered our own main.  I really enjoyed the carpaccio as it was very light. 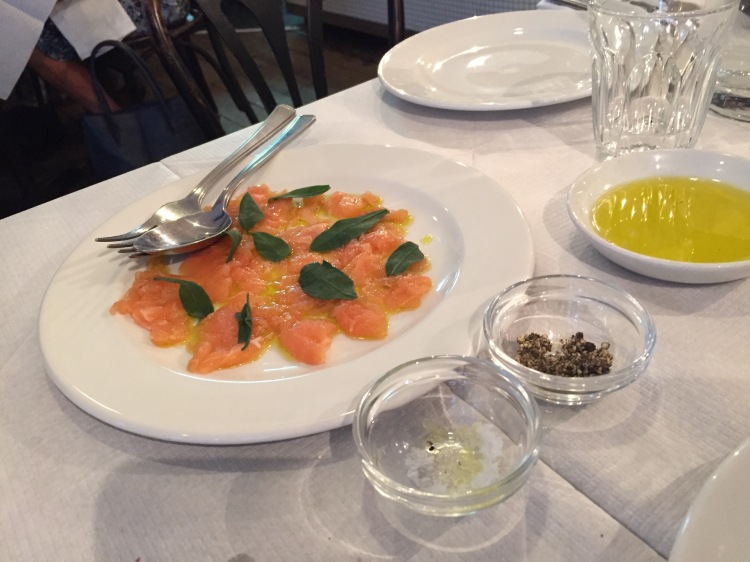 I ordered the Pici with parmesan, marjoram and golden garlic with a side salad, which turned out to look larger than the pasta!  The pici is actually a starter plate, but I really wanted pasta, so decided to go with it anyways.  It was good, but be warned the portion looks a bit tiny and sad.  It was also just a tad too salty for me, but the pasta itself was made very nicely. 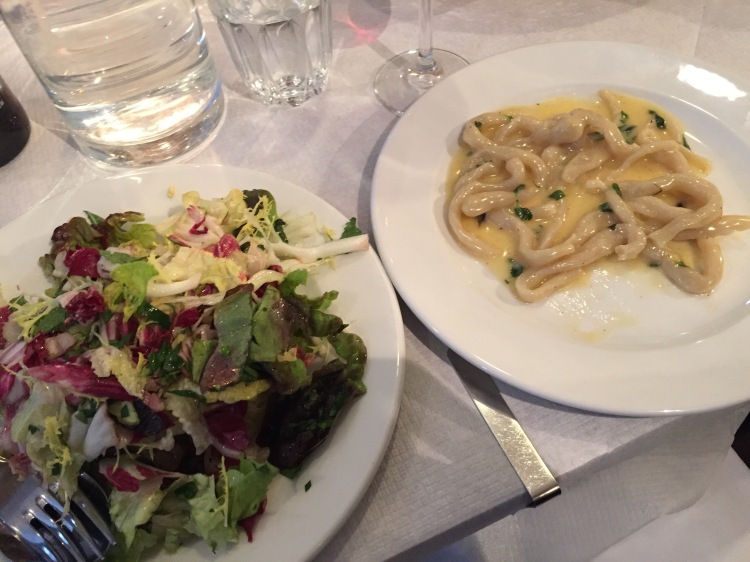 My verdict on Trullo:  I really like that the menu changes seasonally and it has a nice ambiance inside.  It’s a solid restaurant with good food, but isn’t anything too special.  I would definitely go again if I were craving some Italian-inspired food close by. 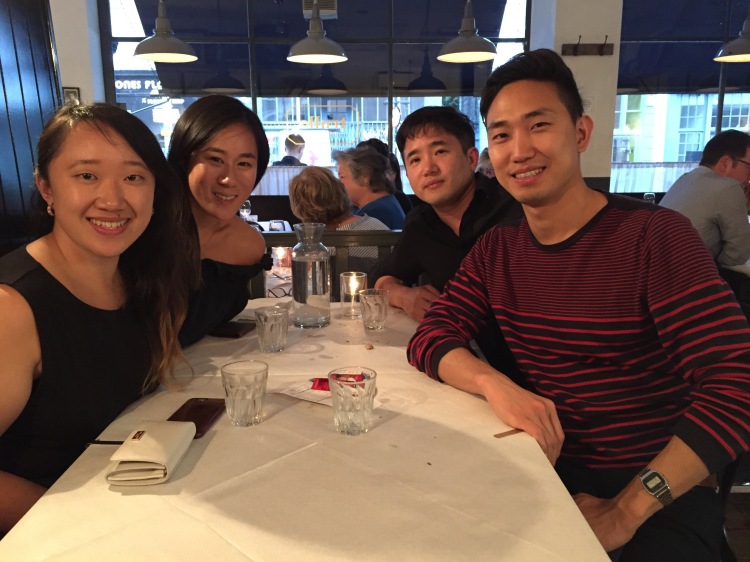